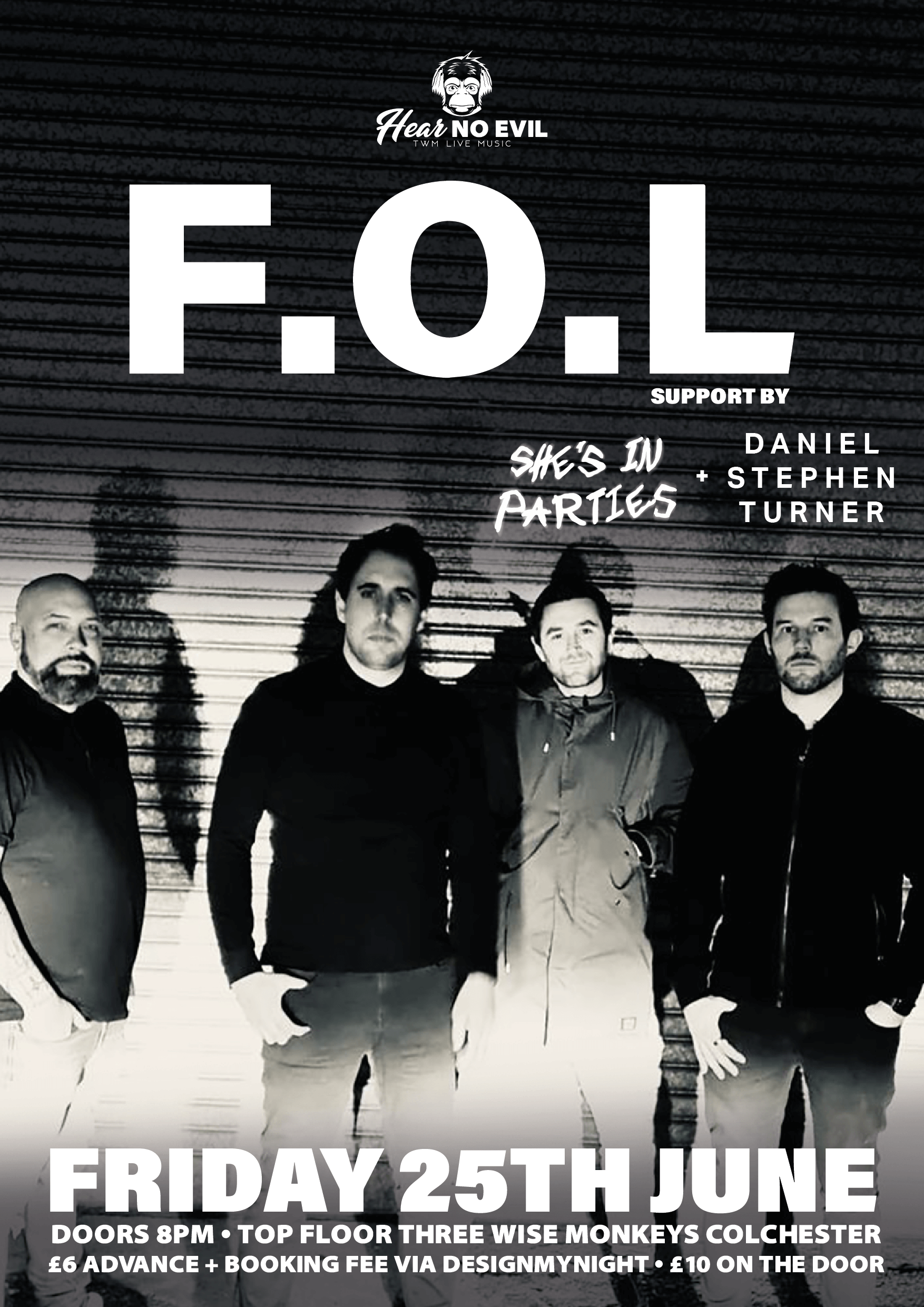 Our first full on-show back on Friday 25th June promises to be worthy of the attention it will receive. An electric rock and roll headline set, a debut show from a band already hotly tipped, and a great singer/songwriter who caught lots of people’s attention on lockdown.

Headlining we have F.O.L, an eclectic rock and roll band whose sound has been likened to Queens Of The Stone Age meets the Sex Pistols by BBC Radio. Enjoy a raucous and entertaining set from their high octane live show! Their 2 single releases, Quarter Past Midnight and Russian Interference, have been a real statement of intent from this Essex based 4 piece band.

Making their live debut is She’s In Parties, a Colchester based indie pop band heavily influenced by the late 80s/early 90s alternate music scene, featuring artists styles such as the Cocteau Twins, Bjork, The Cure but with a modern 1975 twist. Katie the singer and songwriter for the band was born in Dublin and this gives the band an added Celtic vibe to her vocals and harmonies.

With punk rock roots and an old folk soul, Daniel Stephen Turner takes a heart on sleeve approach to songwriting. Seeking catharsis and understanding, his music is open, honest and passionate. Deriving influences from Post-Hardcore to Americana and firmly rooted in the rock tradition, his acoustic live performances are a welcome contrast to the full-scale studio recordings on offer.

Tickets are on sale now

Access – There is no lift to access the top floor of Three Wise Monkeys. There are five short flights of stairs to reach the top floor with rest opportunities between each flight.