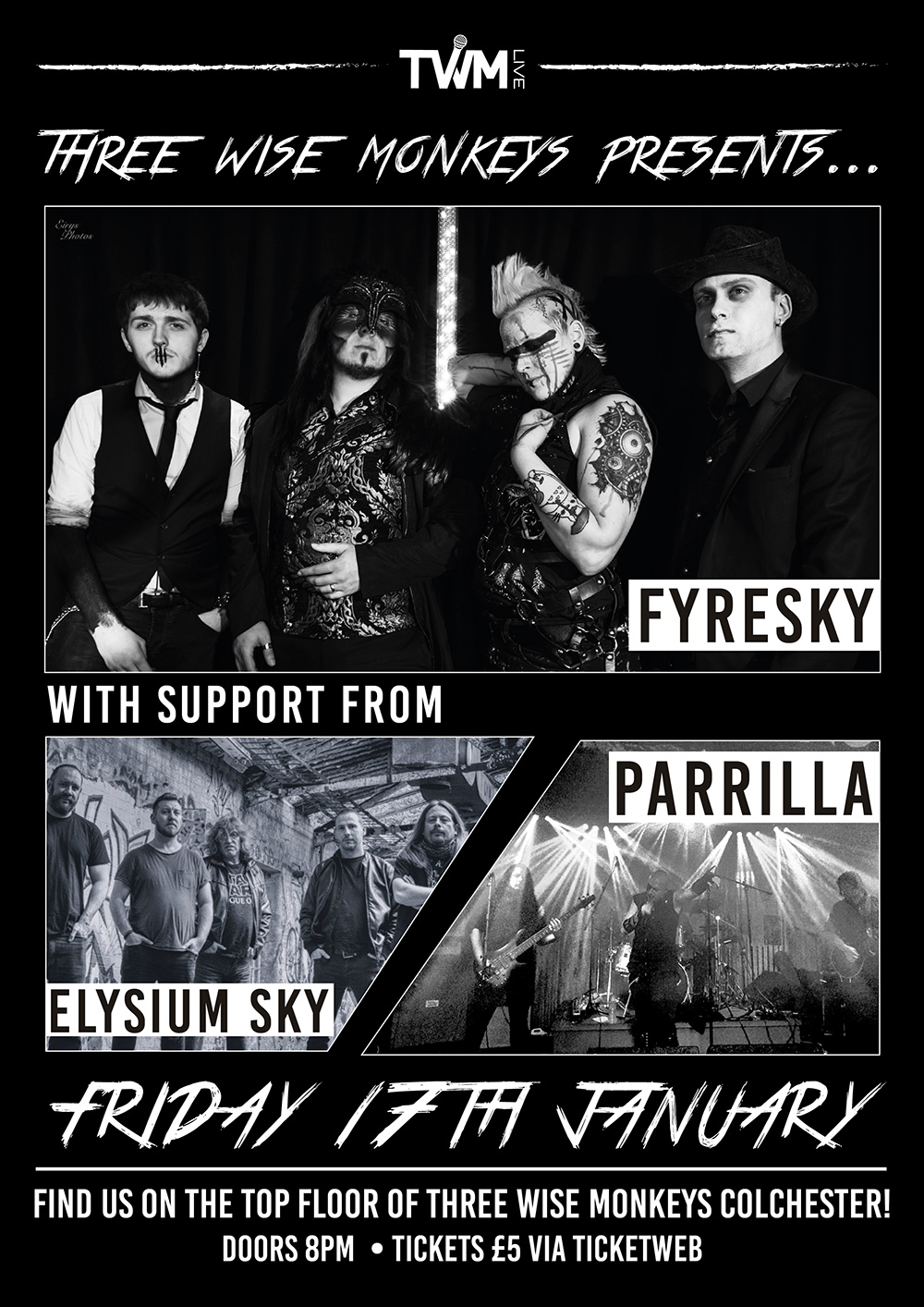 FyreSky are proud to have honed their own unique sound, it is hard to ‘pigeon-hole’ them to a set genre. Containing, Gothic, Hard Rock and Symphonic elements, having been compared to a variety or artists such as Rainbow, HIM, Evanescence and even being called ‘the new Iron Maiden’ on HRH radio. FyreSky have just self-released their debut album ‘The Grand Illusion’ which takes you on a genre-bending ride that demonstrates the wide range of scope and influence between the 4 members. Gothic Rock is what best fits the visuals and live experience of a ‘FyreSky’ show; however, each track sits somewhere different on the Rock and Metal spectrum. From day one of ‘FyreSky’ there was never any limits set; ‘The Grand Illusion’ gives you a glimpse of some of the many styles that influence ‘FyreSky’ and how they can channel them into their original tracks.

Elysium Sky
With exciting heavy guitars, bone thumping bass, intellectual drumming, intriguing and sexy melody lines, Elysium Sky’s songs are about life experiences, love and loss, fantasies, reflections on life from looking into a mirror, things we can all relate to in everyday life.

Parrilla
Formed at the beginning of 2018, Parrilla quickly started to put together a visually exciting show to go hand in hand with their huge, bass focused sound. Making their explosive live debut at Metal to the Masses Essex, Parrilla have been gaining more momentum with every show and are expanding their live set, both sonically and visually. Being influenced by the likes of Depeche Mode, The Prodigy and Soulfly gives the band an extreme amount of creative freedom and variety.