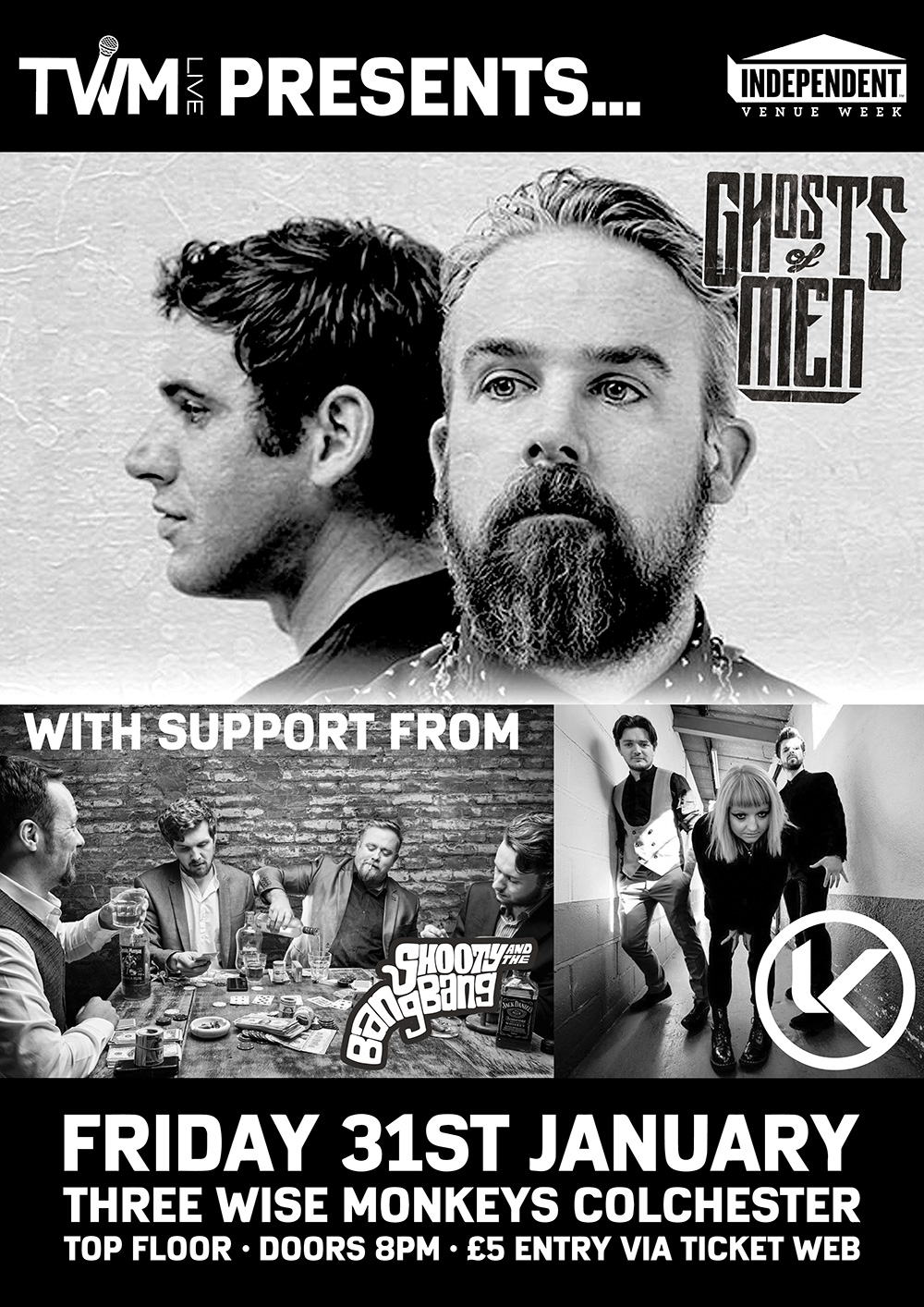 Ghosts Of Men
Sometimes described as a pair of naredowells with the combined mental age of 7, sometimes hailed as geniuses of the genre, it’s fair to say these two throw themselves into every performance with passion, humour, style and sheer power leaving a lasting impression wherever they go.
The last 4 years have seen Ghosts Of Men take to over 120 festival stages and countless UK venues, sign a record deal, release 3 EP’s and an Album as well as 5 cutting edge music videos and embark on an extensive 7 country tour of Europe, constantly building an army of fans Europe-wide along the way.
“Like a two piece Queens of the Stone Age if Queens of the Stone Age were entirely composed of Morecambe and Wise” – Stuart Turner BBC Radio

Shooty and the Bang Bang
Shooty and the Bang Bang from Colchester an old Roman town in England.
Julius Ceaser: “They’re the Best Thing since straight Roads” 9/10
A New and Emerging Alternative Rock Band, with an adept style of mixing Riff Monsters with the sound of the Vienna Orchestra.
The Guardian: ” These guys are great… A must see.”10/10

Killatrix
Like pop, but f***ed up!
A first hand account of noisiness and trouble making in the UK.