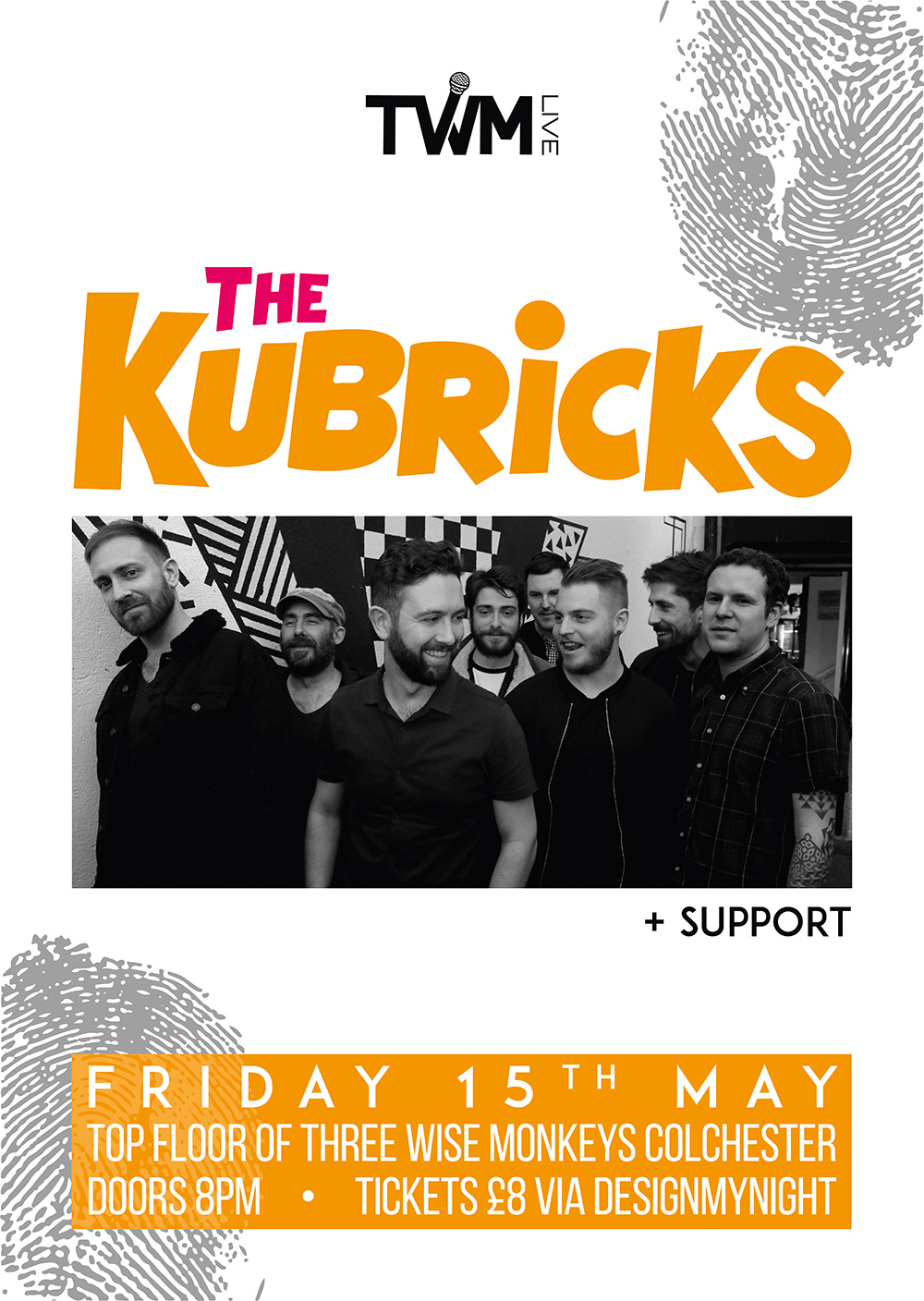 Formed in London, The Kubricks are a seven-piece band who mix ska, reggae, and infectious melodic pop. They make a very welcome return to Colchester when they play Three Wise Monkeys on Friday 15th May.

After surfacing in 2013 with their debut EP, “Wasters & Wannabes”, The Kubricks soon became one of the must-see ska bands of this generation. Tracks from their debut release were supported by Huey Morgan on BBC Radio 2, and Tom Robinson (BBC Introducing – 6Music), and The Specials’ bassist, Horace Panter championed the band, claiming “I can hear Madness, The Ruts, Squeeze and The Clash in there…” The timing was perfect, and coincided with a new interest in ska music, as many of UK’s festivals began dedicating entire stages to the genre. Riding on the back of this wave, the band soon found themselves supporting legends such as UB40, Bad Manners and The Toasters.

Produced by Toby Davies of Gentleman’s Dub Club, the band’s first album “The Heist” was released in 2017. The UK’s longest-running skazine, Do The Dog, commented at the time that it was, “A very strong contender for album of the year”, whilst Bucketlist in Canada called it, “A gem of an album that makes ska and reggae seem like a perfect fit with 21st-century musical trends.” Tom Robinson (6Music) immediately shared the track “Down With the Dogs” with his listeners, and BBC Introducing in Essex soon began supporting the album, inviting the band in for a live session.

In November 2019, the single ‘Humans’ was released and the band has been busy working with Tom Donovan, producer and musician from hip-hop act, Monster Florence.

The Kubricks have honed their commanding live set, headlining their own shows and playing festivals across the country. They have played to tens of thousands over the years with appearances at Boomtown Fair, Bearded Theory’s Spring Gathering, Wickerman (Scotland), Godiva, Dance Ska La (France), Brownstock, and The London International Ska Festival, amongst many others.